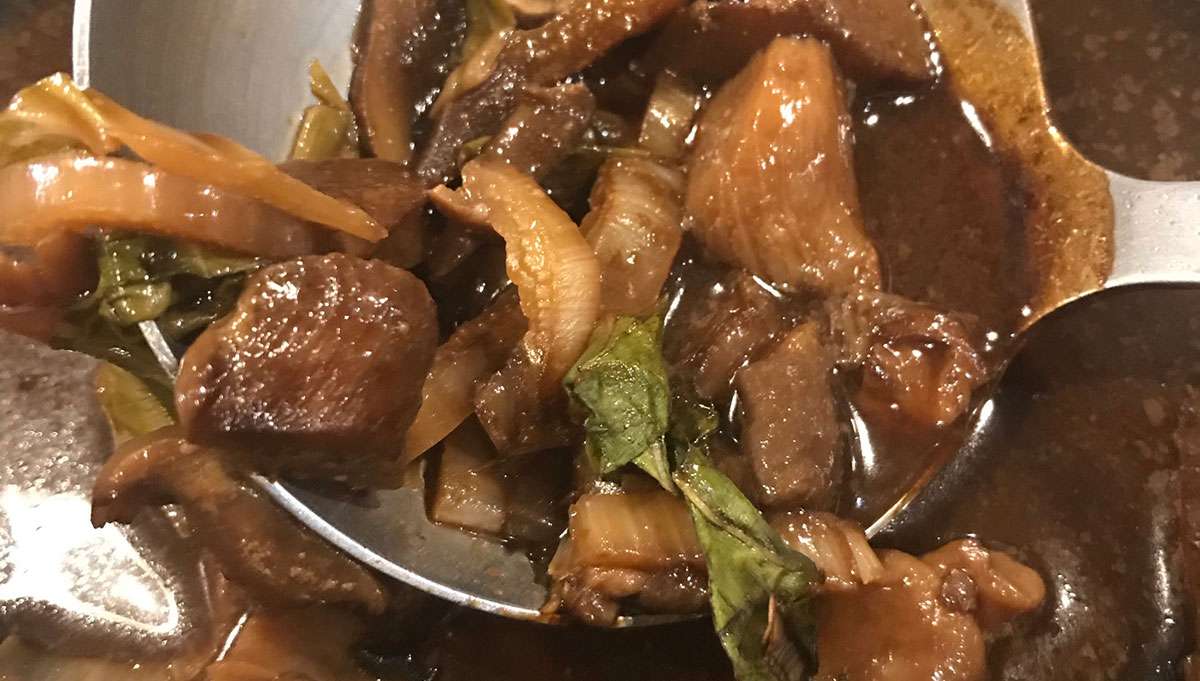 Yesterday I had a working lunch with Honor from maisondelaroche we did a brisk 8 km walk whilst bouncing ideas around and then had a healthy lunch. I made Vietnamese spring rolls packed with crunchy seasonal veg and oodles of fresh herbs with a tangy herby dip, see TDLWE page 116. Then I made a mushroom miso soup which I confess I was very pleased with. It was a first and the photo doesn’t do it justice as it is the leftovers and I had forgotten to turn the gas off so it had evaporated somewhat! It is a recipe that I adapted from the internet.

In a large pan filled with 2 lt of water add the dried mushrooms, garlic cloves, ginger, shallot or spring onions and a sheet of nori seaweed. Bring to the boil and season generously with salt, reduce the heat and simmer for 45 mins. Strain to remove the solids then strain again through a muslin ( you can use a coffee filtre ) to ensure the broth is really clear.

Mix together a soup spoon of brown miso paste, soy sauce, rice vinegar and mirin ( I didn’t have any so used the alcohol-free gin I had to hand! Fino sherry or dry white wine is fine). Mix together with a glug of the stock to form a liquid paste. Add to the soup and heat.

Clean and roughly chop your mushrooms, whatever is local and seasonal to you is fine. Lightly fry in sesame oil in a wok with the cleaned and finely sliced stalks of the bok choy (I used chard which is very similar and local) when lightly colored strain the stock onto the veg. Bring to the boil then reduce the heat to a light simmer and add the finely shredded leaves of the bok choy.

See the photos below for why it is essential to filtre as well as sieve. Look at this as a vegan consommé, clarity is key. 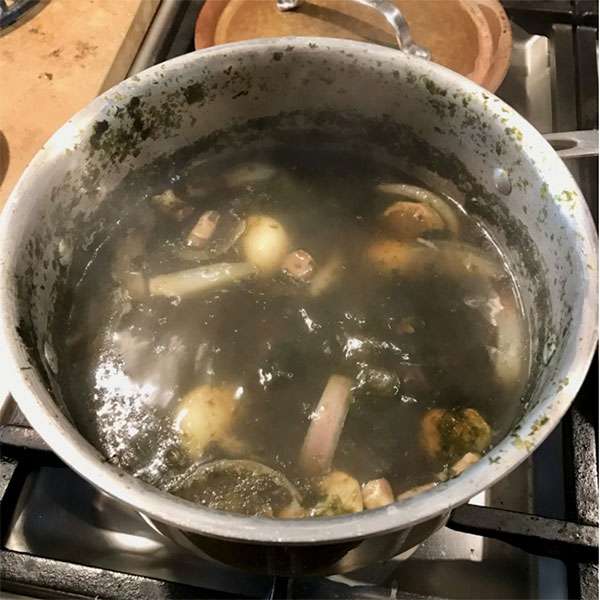 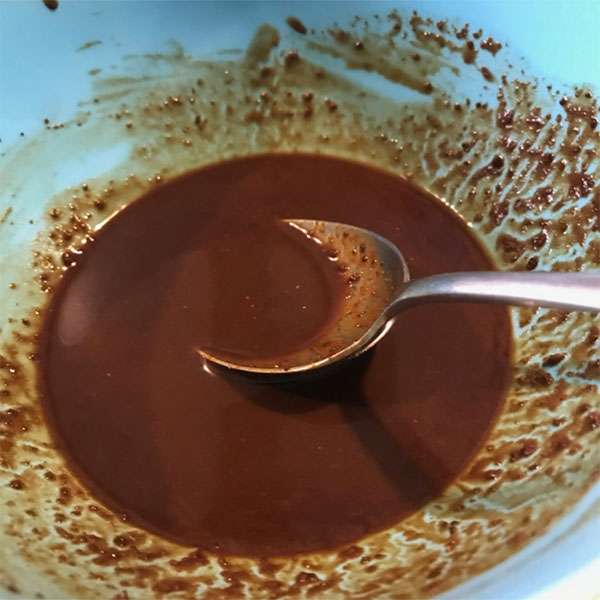 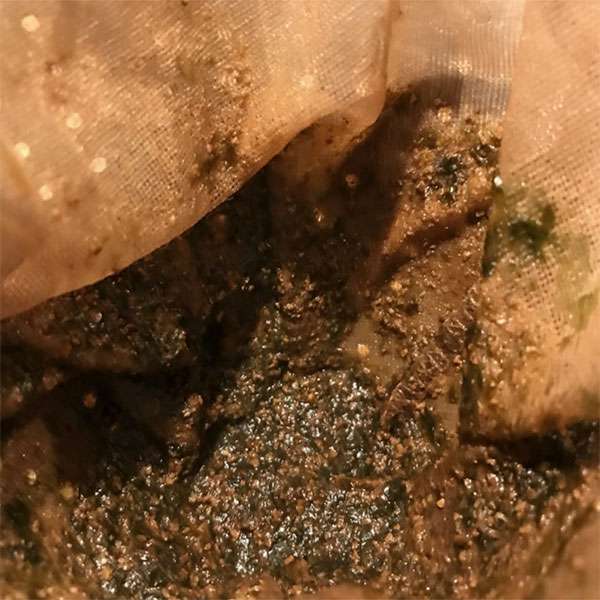 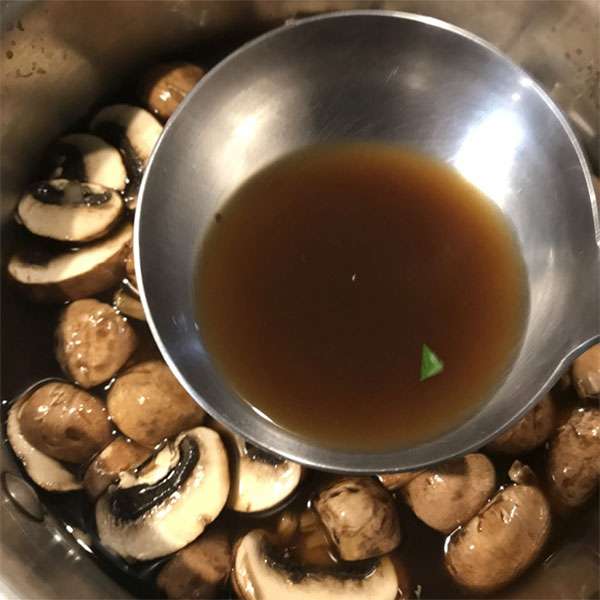 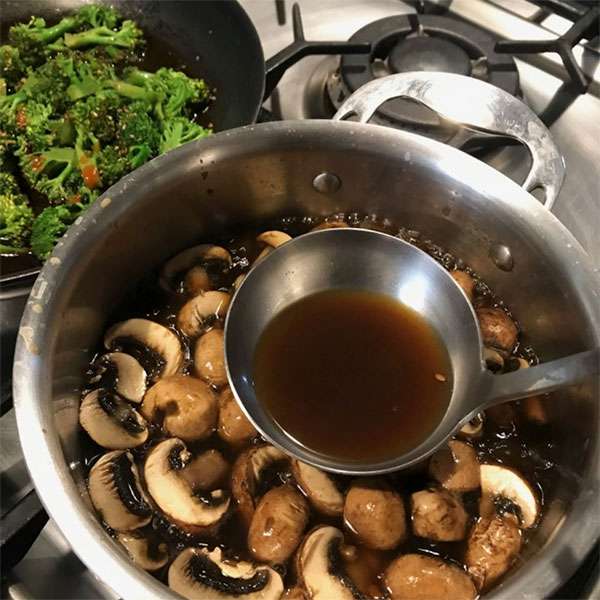 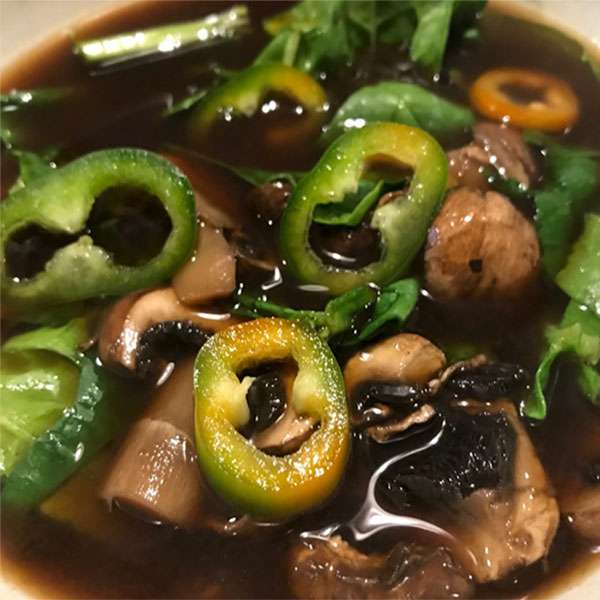 Since writing the above I have made this broth again and tweaked it so thought I would share as I am really pleased with it, it is such a delicious flavour and can be used as a base for many things. I would use it in a French onion soup, as a base for a Ramen noodle soup, as a stock for stews, for risotto, etc. You can replace the mushrooms and bok choy for other vegetables, but I think the basic stock is hard to improve on – go on proof me wrong!

So my slight tweaking was to just to make it a little easier, not that it is hard mind you, but I am lazy and wanted to cut down on the sieving and filtering! So I did as above but instead of simmering for 45 minutes and sieving I added the miso paste to the pan and continued to cook for another 10 – 15 minutes. I then sieved and passed through a muslin. I did try just putting everything through a muslin but it is actually quicker to sieve the solids and then filtre the liquid.

This second time around I hadn’t been shopping so I only had the brown mushroom and so didn’t bother frying them first, this makes it healthier of course and doesn’t impinge on the flavour but if you are using oyster/shiitake/girolles I would recommend gently frying first. I was also out of blettes so used spinach but I didn’t want to add it to the broth in case we didn’t eat to all (we didn’t) as reheated spinach can be a bit soggy, so I shredded it and added it raw to the bottom of the soup bowl and then added the hot soup on top. It was very tasty but I think that blettes/bok choy would be my preference.